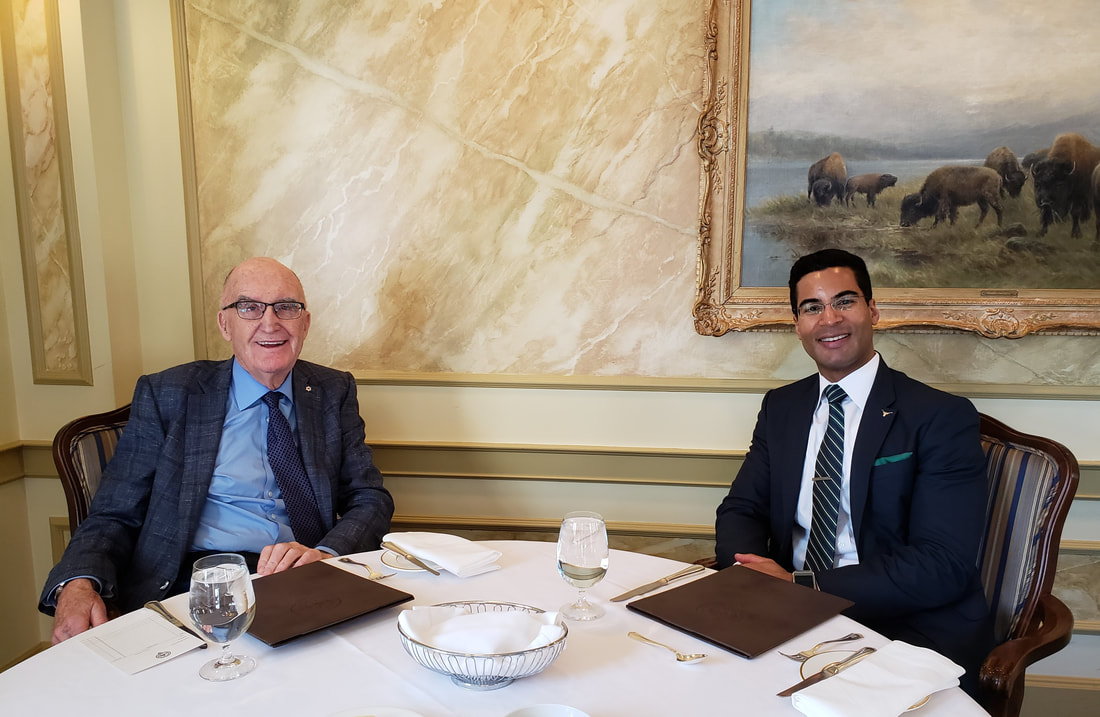 ​This Scholarship is presented annually at the University of Texas at Austin to a law student of Canadian origin, background, or heritage.
​​​
​Richard Albert created the John C. Major Scholarship in recognition of  the Hon. John C. Major, former Justice of the Supreme Court of Canada, for his generosity and encouragement over the years since 1999, when Richard Albert invited Justice Major to meet with Canadian students at Yale University. At the time, Richard Albert was Chair of the Association of Canadian Students.

Justice Major, a graduate of Loyola College and the University of Toronto, was appointed to the Alberta Court of Appeal in July 1991 after a distinguished career in private practice and public service. He was appointed to the Supreme Court of Canada in November 1992 and retired in December 2005.